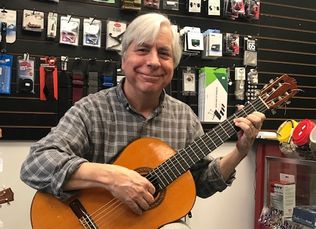 He received a B.A. in Music from U.C. Berkley. Also his community college credential in music from the State of California and taught guitar classes at Evergreen College in San Jose.

John has played electric guitar in numerous bands and is currently performs classical guitar solo engagements . He is a top quality instructor for kids to adults, beginners to advanced players alike. 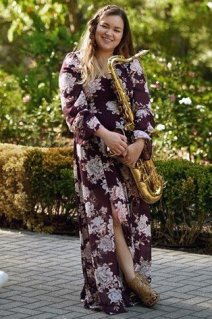 With 17 years of experience, Brittany graduated with a BM in Jazz Studies on tenor saxophone in 2017. Her sound has been uniquely shaped by her father's vast collection of vintage American horns and early exposure to funk as well as her love of Dexter Gordon and John Coltrane and the influence of Chris Potter and Joel Frahm.

She currently performs with many ensembles including 7th Street Big Band, Amy Unauthorized, Britany Biala Jazz Combo and many other jazz combos.

Brittany is available to teach Saxophone, flute, clarinet,trumpet and piano in both jazz and classical styles. 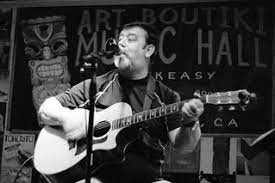 Peter has played guitar in various ensembles for the past forty plus years both in Scotland and the US.

Music interests include taking instruction in Flamenco guitar, and Bluegrass flatpicking workshops. Singing and songwriting as it pertains to guitar playing. Peter placed third in an international competition in 2012 for an acapella performance of 'I Wish I Was In Glasgow'. The competition covered eighty countries and six continents.

Peter currently performs on the Scottish/Irish Music circuit all over the United States and in his native Scotland on occasion. He has recorded four cd’s of traditional and self penned Scottish/Irish songs and tunes. 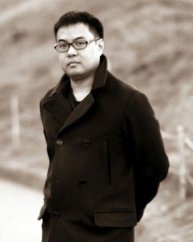 Tom Woo earned a bachelor’s degree in music performance from San Jose State University and a master’s degree in music performance from the University of Southern California's Thornton School of Music. He has been teaching brass since 2001 and has supported numerous school programs in elevating their level of brass performance. His well-prepared students frequently perform in honor ensembles and notable youth groups and many of them have successfully completed music degrees of their own and pursued careers in music.

As a performer, he has been active in the Los Angeles and San Francisco Bay areas, constantly refining his technique with the goal of maximum efficiency and artistic freedom in mind. He performs with and has been a soloist with the Armenian Pops Orchestra, and was awarded the Pi Kappa Lambda Award for musical and scholarly achievement in 2011. Mr. Woo has also had his compositions featured in film and documentary projects, live recordings, concerts, and music competitions.

All instructors are independent contractors and handle
their own scheduling and financial transactions.